Not in “Kansas” Anymore

Last thing I remember I was up on the ladder reattaching outside lights and then the wind gust hit hard. Things got blurry and the next thing I knew I saw this. 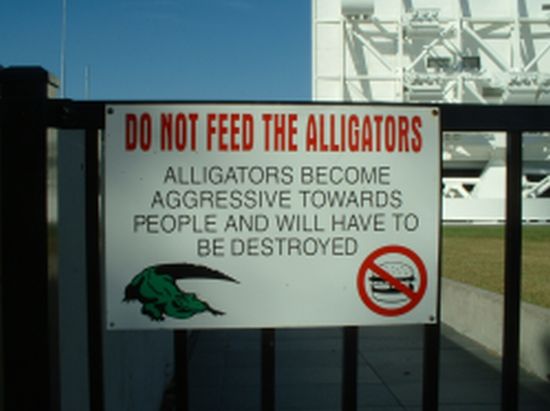 My apologies to the Wizard of Oz.. I knew I wasn’t in Minnesota anymore.

Ok, so it’s probably a pretty corny way to let you know I took a few vacation days off to attend a class in Florida. What was the top news story in Orlando tonight? Well, it was a tie between the fact that it was a chilly 55 degrees tonight and maybe, gasp, it might fall into the 40’s. The other story was about a tracker nabbing an alligator who had made a Miami college campus his/her home (they didn’t say which so I’ll stay neutral on gender), that wound up on a pool deck in a wrestling match with the tracker at the student center. Yep, you heard it, a pool as part of the student center.

Actually, I took the picture above at the Kennedy Space Center. My flight got in early and the motel room wasn’t ready until 3pm so I drove the 50 or so miles to visit a place that holds a vivid place my memories.

My first memory of spaceflight was my family sitting around a six inch Philco black and white television in our living room in Edgar, Nebraska watching John Glenn go into space. They let us out of school to go home to watch the historic event because the school didn’t have any televisions. I remember when John Glenn “splashed down” my mom cried. She was relieved that he made it back from that unknown place. Time passed and we almost became complacent about space travel and then Apollo 1 burned and killed its crew. Apollo 13 reaffirmed our ability to rise above adversity and prevail and subsequent space shuttle accidents have reminded us that we are vulnerable still.

The contrast of our efforts to conquer space was best described in the picture below of the behemoth rockets dwarfed by the very sky they dare to challenge. 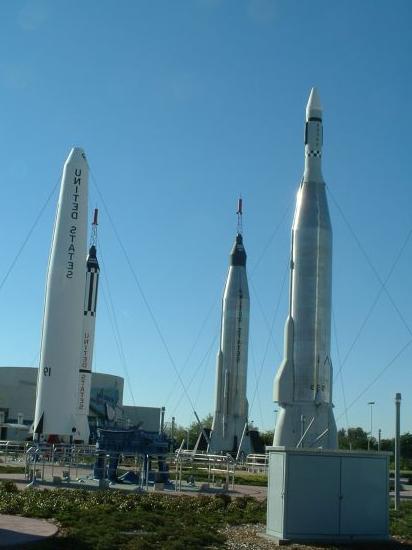 The size of the shuttle is had to comprehend until you stand underneath one. The Center allows you to walk the shuttle with a series of catwalks. 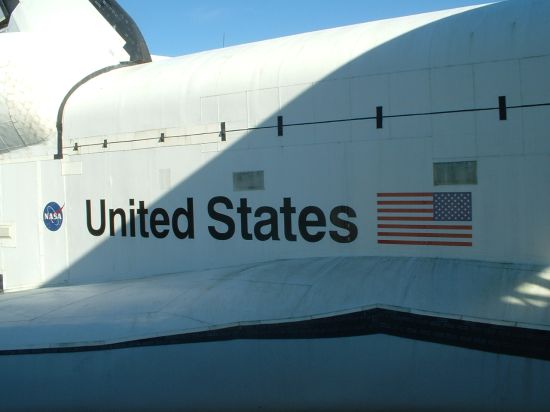 I have to admit I felt a sense of pride in seeing those words on this craft. It is a testament to our ingenuity and determination. I continue to hope that the same determination that help build a ship to the stars can continue to bridge the world community to build understanding and peace.